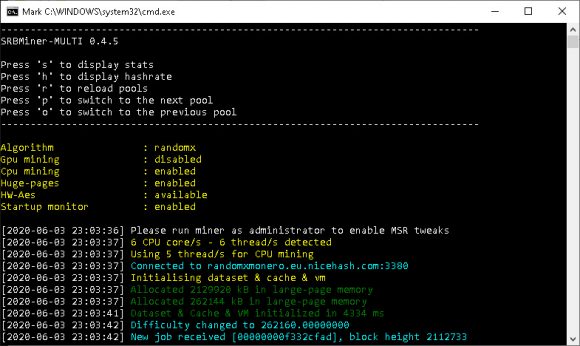 The latest SRBMiner-MULTI CPU and AMD GPU Miner version 0.4.5 adds support for the RandomX-based RandomEpic algorithm used by the Epic Cash (EPIC) crypto project for both solo and poo mining. There are also some performance improvements for the RandomX algorithm for CPUs as well as for Ethash and Ubqhash on AMD VEGA GPUs. You also get a number of fixes and new features, the full changelog is included below:

SRBMiner-MULTI Miner is a closed source miner available for Linux and Windows, supporting CPU mining algorithms as well as some AMD GPU ones, though we mostly use it for processor mining. The miner has a built-in developer fee of 2.50% for cryptonight_bbc, 2.00% for bl2bsha3 and minotaur, no fee for blake2b and yespowerurx and 0.85% for all others that are supported.

– To download and try the new SRBMiner-MULTI CPU and AMD GPU Miner 0.4.5 Beta…

Why Andreessen Horowitz Made its Biggest Investment in Crypto to Date