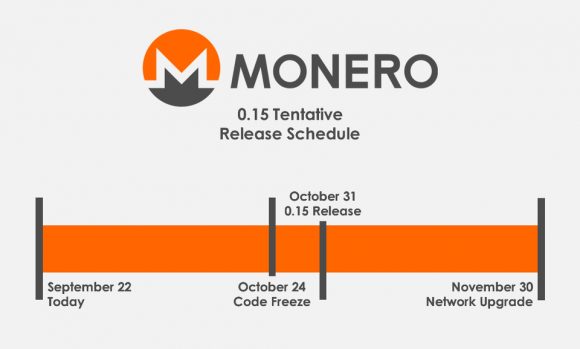 Monero (XMR) will be hardforking tomorrow, November 30th, at block number 1978433. The fork will change the current CryptoNight R algorithm for mining to the new Random X PoW algorithm, essentially moving the mining of the coin to CPU. There are already a few RandomX miners out there that you can use, links below, and although some f them also support AMD or Nvidia GPUs, you would probably want to stick to CPU mining with RandomX as the algorithm is optimized for processors and GPU mining performance is far to low currently to be considered. Also as already noted AMD’s Ryzen 3000 series of processors is doing great for Random X and performance wise it is much better than recent Intel alternatives.

Another important thing to note regarding the upcoming for is if you are mining directly to an exchange using a paymentID. Since after the fork support for PaymentIDs will be discontinued, in order to continue successfully mining after the network update you need to also update your mining address. Alternatively you can just update to the latest v0.15.0.1 wallet and use a local wallet address for mining after the fork. For an up to date pools for mining XMR you can check the list at MiningPoolStats, they should all be ready for the fork by now.