Data breaches occur every passing minute of every passing day. From SIM swap attacks on mobile phones to major data breaches that have exposed the confidential information of millions to hackers, protecting our data and our identity has become a top priority for consumers and businesses alike. A common saying on the internet has become “if you’re not paying for the product, you are the product.”

Just this year alone, some of the largest data breaches have included the likes of Capital One (one of the largest banks in the U.S.), Facebook, mobile game maker Zynga, and popular graphic-design website Canva. Risk-Based Security research firm published a 2019 mid-year report stating that there were over 3,800 publicly disclosed breaches in the first six months of 2019, exposing 4.1 billion records. That’s nearly 23 million records breached any given day.

However, finance and traditional tech aren’t the only ones that have been exposed and exploited. Digital currency exchanges and prominent players in the crypto space have been hacked for hundreds of millions of dollars this year, including the hack of Japanese exchange Coincheck for $534 million worth of NEM tokens and, perhaps the more spotlighted hack on the Bithumb, which saw about $30 million in tokens stolen.

With the global Cyber Security Market valued at $116.5 billion in 2018 and growing at a CAGR (compounded annual growth rate) of 11% through 2021, there is no sign of the industry slowing down as more sophisticated hacks continue to threaten everything that touches the internet.

Privacy protection is endangered and blockchain can very well be the answer to not only limiting the decline of privacy but also serving as a formidable force of protecting it. Different blockchain protocols allow varying degrees of anonymity, confidentiality, and privacy. Although there are different types of blockchains, even a public, decentralized blockchain can enable anonymity and trust, as demonstrated by multiple blockchain-based applications and high-privacy cryptocurrencies already in use. However, there’s a careful and complex balance in play between privacy, transparency, regulation, and adoption.

While cryptography can create a secure way of storing and managing data, privacy-focused crypto assets are facing pressure after the Financial Action Task Force (“FATF”) issued new regulations that put privacy coins into question. Out of financial crime concerns, the new global standards that the FATF released this past June requires virtual asset service providers, including crypto exchanges, to pass information about their customer to one another when transferring funds between firms.

The FATF’s non-binding recommendation gives countries 12 months to adopt the new guidelines or face the risk of being put on a blacklist that is considered deadly to foreign investment. Since the new FATF standards were issued, many privacy coins like Zcash, Monero and Dash have started to be de-listed by major exchanges, included the likes of OKEx, Upbit, Poloniex, and Coinbase. Many blockchain proponents have spoken against the new guidelines, stating that the new standards will be essentially criminalizing privacy while being counter to regulatory goals as crypto transactions move off of controlled, visible platforms.

Looking back on history, Eric Hughes, author of the infamous “A Cypherpunk’s Manifesto” in March of 1993, wrote “We must defend our own privacy if we expect to have any. We must come together and create systems which allow anonymous transactions to take place.”

Today, this quote rings true more than ever, and we find the crypto industry in a struggle between privacy protection and considerate regulation that will deter criminals but won’t interfere with meaningful adoption.

The Case for Anonymous Transactions in Smart Contracts

A new generation of blockchain protocols is emerging that allow for privacy protections suitable for any type of transaction without sacrificing regulatory compliance. The possibility of a compliant, privacy-protected blockchain could foster backing from not only regulators but also major business enterprises, which many see as the key for global adoption of blockchain technology. One promising protocol that aims to lead us into the ‘privacy 2.0’ era is Quras.

Quras is the world’s first public blockchain protocol that allows anonymous transactions in a smart contract. By utilizing two leading privacy technologies, ring signatures and zero-knowledge proofs, Quras give its network users options in the way that confidentiality is handled within transactions; either with complete, partial or no anonymity whatsoever. Anonymous transactions on Quras allow only the parties involved to view a particular transaction while utilizing a public blockchain in areas where privacy protection is not required. 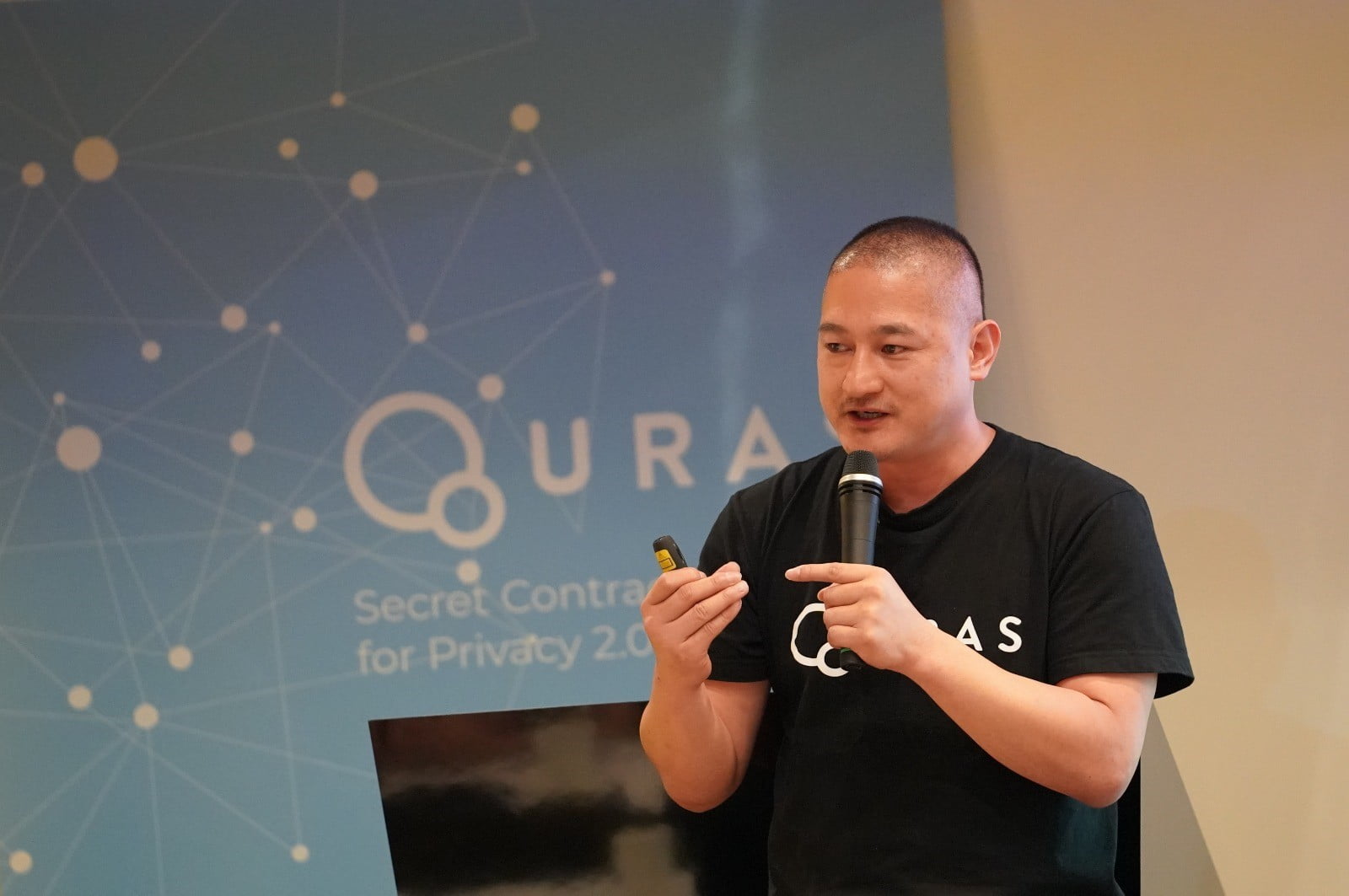 Today, all data stored in smart contracts on a public blockchain are viewable by anyone, which is a failure point that is preventing blockchain from being adopted at mass scale. Individuals and companies require privacy and confidentiality to operate and store their data, and services which require private functionalities are not able to run on public protocols.

“Transparency is great, but without that ability to protect your own privacy and own your data, you don’t have the option to choose if you want to stay private or not. Quras has maintained its balance by providing public contracts, respecting open transparency, while giving privacy options. Privacy is a valuable commodity.” said Shigeki Kakutani, CEO of Quras, recently in an interview.

Not only can the merger of privacy technologies and blockchain protect digital identity for consumers, the technology union also carries many benefits for traditional industries, ranging from financial lending and medical data protection to supply chain management and electronic voting. As blockchain transactions expand from largely being conducted by individuals to corporations, we need to make sure that the personal and asset data are protected.

As the privacy fight wages on, everyone can benefit from appropriate regulations that contribute to healthy growth of the greater blockchain and crypto industry.

Bitcoin Rallying Above $4,000 Could be Due to Bitmex Futures: Analyst