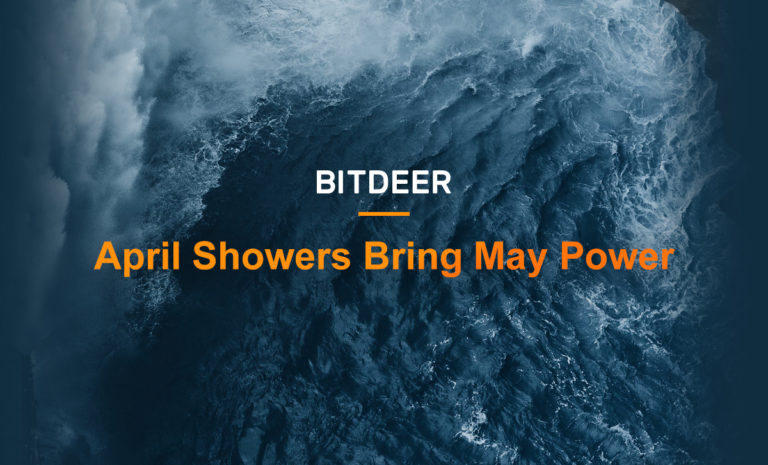 BitDeer.com, the leading computing power-sharing platform, has just kicked off its wet season promotion offering BTC and BCH mining plans with disruptive electricity costs as low as RMB¥ 0.22/Kwh ($0.033/Kwh). BitDeer.com’s worldwide users are enabled to take full advantage of the much cheaper hydropower electricity in southwestern China thanks to the favorable weather conditions.

The wet season exclusive plans will greatly benefit individual miners, who can now purchase mining plans starting at $122. With BitDeer.com’s proprietary real-time computing power allocation technology, users can choose computing power plans and durations accordingly. The exclusive plans are also equipped with stronger anti-risk abilities, ensuring profitability even if the Bitcoin price dropped below $3,100 or the mining difficulty increased by 30%.

Electricity cost is vitally important to all the players in the cryptocurrency mining industry. It is generally acknowledged that electricity fee usually makes up 60 percent of the total mining costs. In China, compared to an average cost of RMB¥0.35/Kwh ($0.052/Kwh) in thermal power regions such as Inner Mongolia and Xinjiang, hydropower in Sichuan is averaged RMB¥ 0.2/Kwh ($0.03/Kwh), which saves a significant 40% in electricity costs.

It was reported that during the past months, Chinese miners have been flocking from thermal power regions to Sichuan in order to obtain cheap hydroelectric energy. The migration had significantly increased the mining costs due to damaged equipment, exorbitant electricity costs, unstable power supply, as well as insufficient facility spaces. Moreover, Bitcoin has witnessed a recent rally of 20%, which also led to a much more competitive scene for the mining industry during the wet season.

BitDeer.com was adequately prepared even before the wet season hit southwestern China, and thus was able to avoid the drawbacks brought by the migration. BitDeer sent out a team of experts to mining facilities in Sichuan for a timely and comprehensive appraisal of local mining conditions. The platform also mobilized a group of top mining operations and maintenance professionals to run local mining facilities in order to provide a stable and trustworthy service during the wet season.

Moreover, BitDeer.com’s well-recognized ability to leverage global resources has endowed the leading computing power-sharing platform unparalleled bargaining power and therefore very competitive pricing, bringing the disruptive electricity costs for the time-limited wet season promotion mining plans. According to the Celine Lu, co-founder and CEO of BitDeer.com, the platform has been running smoothly with zero downtime ever since its official launch in December 2018.

BitDeer.com is the world’s leading computing power-sharing platform, enabling global users to mine cryptocurrencies in a transparent, reliable, and convenient way. It saves users from the complicated process of purchasing, installing, and hosting mining machines. Individual miners can enjoy the service with just one click.

The Key to DeFi Entering a New Level Is CeFi